So here are highly recommended books I read during April 2017 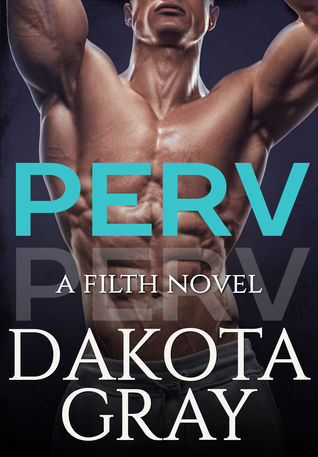 I reckon this is going to be my favorite book of the year, it definitely is so far! A bit from the blurb:

I’m honest about what I am. You want to screw until you can’t see straight? I’m your guy. You want to experience the best oral orgasm of your life, don’t pass go and collect two-hundred dollars. Eating you for dessert is my specialty. I live for that. Skinny, average or meat on your bones, I don’t care. Blonde, brunette…white, Asian, black…
Are you pink where it counts? Then you’re my type.
I’m your guy.
For the duration of our affair, I will call you Sugar because I can’t bother to retain your name.
That’s the kind of man I am, and you will know that going in. I make sure of it.
So it’s not my fault her friend loved me, but She is going to make me pay for that.
And I’m too addicted to her taste to walk away.

At some point on the first page, I became addicted to this book. I’ve reread it about three times, then bought the second book Filth which is the same story from the heroine’s point of view (something I never do) and read that a few times. I don’t know if I can articulate what I truly loved about it but I’m going to try!

The hero, Nate Ellis, (yes, ELLIS *dancing around the room*) is an alpha, but not an over the top alpha (which I found disappointing at first but actually it really worked), with a pussy-eating fetish. He doesn’t even remember the names of girls he goes down on and is up-front about the fact that he’s not into a relationship. A gorgeous woman in a bar who seems to know who he is, gives him a taste and then walks away (a revenge move for hurting her friend), which pisses him off to no end because he loves her taste. Cue full-blown stalking and cat and mouse chase! The heroine doesn’t respond to him how he expects – she’s cool, collected and a little standoffish with him… and he fucking hates it because he’s strung up on her. The sex scenes are red hot and complicate things for both characters as they learn more things about each other and begin to get emotionally involved.

The story is mainly told from the hero’s point of view with a few chapters from the heroine’s. I really liked the character development of the hero from being a man-whore to someone who can’t get enough of this one woman, to the point where no other women interest him/other women smell wrong. He starts feeling and thinking things that shock him, and his friends start to worry about him because his behavior is so different to what they’re used to. The writing style is quite unique and made me laugh a few times.

This book is a great, great read and I just loved the back and forth between the characters and pull they had toward each other. It’s like they both knew they shouldn’t keep going but with every word and every touch, there was no way they couldn’t. I would’ve preferred for the hero to fight for her a bit more but I think the author was going for a considerate alpha hero, rather than the savages I usually read lol. However, this is highly, highly recommended. Loved it. 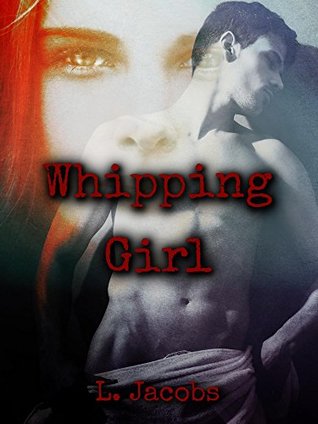 My name is Alexander and I am an Elite Assassin for an organization called The Guard. I was taken, trained and conditioned to be everything that they needed from me and as a reward I received a Gift.

My name is Allyanna and I am that Gift. I was taken from my family and used by The Guard to keep Alexander in line, I am their insurance, their leash, and their whipping girl.

Whipping Girl is a dark romance suspense novel that chronicles the circumstances around the relationship of a couple who’s lives are affected from a young age by a company who are training assassins. The heroine is used as a way to keep the hero under control, thereby he is obsessed with ensuring her safety.

This was a thought-provoking, gripping read with little angst and past-faced action. The hero, Alex, is an interesting and complex character who is trained to be the best and also conditioned to do what he is told in order to get what he wants. Inadvertently, this inspires him to fight for what is his. He also a possessive alpha who will do anything to protect his ‘Gift’, Ally (who is a sweet heroine), and this results in many of the catalysts for what happens. The story begins when they’re kids so you really get to understand who they are and how they deal with the strange and traumatizing experience they go through together, which is what connects them and makes them so in tune with each other. As they get older, it also deals with their sexual awakenings and their progression to being a couple. There are some hot sex scenes as well as some great writing around the emotional effects of the events they suffer though.

I couldn’t put this book down. The story is intriguing and there are so many more things happening that you wonder where the story will turn next. Of all the things that happen, this couple is great together and their love is strong enough to survive it. There are twists and turns, humor and mystery, as well as dark revelations. This book stayed with me for days after I read it and I consider it to be one of my favorite dark(ish) reads. Overall, a great engaging read for anyone who likes their Contemporary Romance with dark suspense. You can read my full Goodreads review here.

Girl From Above by  (Sci-fi/Sci-fi Romance) 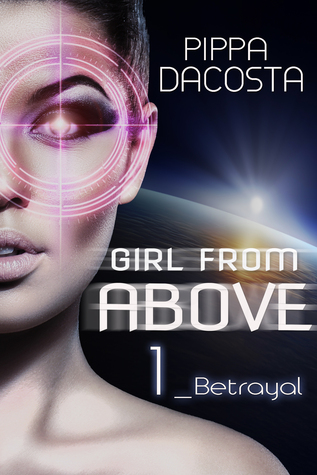 I was intrigued by a review about this and asked a GR friend if it was Sci-fi or Sci-fi Romance. I was advised that it straddles the line between the two, and I have to agree that that’s true.

When Captain Caleb Shepperd is released from prison, all he wants to do is keep his head down and earn a living smuggling illegal cargo through the nine systems. When a synth stows away on Shepperd’s ship, bringing with her a crap-ton of problems, including guilt-ridden secrets the captain thought he’d escaped, he’d prefer to toss her out the airlock. The problem is, she’s priceless tech, and he’s fresh out of credit.

#1001 is not meant to exist. Created for a single purpose, she has one simple order: to kill. But not everything is as it seems. Buried deep inside, she remembers… Remembers when she was human. And she remembers what Shepperd did to her. She’s not ready to die, but she is ready to kill.

Every year, 1000 synthetics are made, but then one extra synth is made in secret with one purpose. However, she is special. She remembers things she’s not supposed to remember and overrides her program. I read the sample on Amazon and had to one-click straight away, it was so intriguing! This extra synth, 1001, stows away on board a ship captained by Caleb Shepperd who is the anti-hero of this story. Their relationship is tense and they’re quite stand-offish to each other. This isn’t the traditional romance because they don’t have a romantic relationship, although the synth is connected to him in a romantic way. Additionally, there is another woman the hero is into. So it doesn’t follow normal Romance genre expectations, but there is the beginning of a beautiful love story steeped in a hidden history of betrayal, torment, guilt and secrets. There is graphic sex in the book as well as violence, space drama, family drama and a load of action, twists and turns.

I really enjoyed this one and would recommend it for those looking for a Firefly-type book series.