Ok, I’m late on this one… like a whole month late!! I was focusing on Guarded By Dominion and I set up the post but then didn’t do anything with it! So I’ll post this one now, and then do September next week.

Anyway, August was a great reading month – I love reading in the summer! It’s been really hard to select three, so I made the third choice a list of some great reads that I loved. 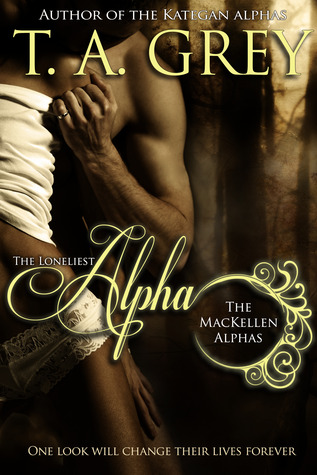 One look will change their lives forever.

Lingerie designer Alicia Clarkson just had to open her stupid mouth. Now thanks to trying to defend a fellow pack mate, Alicia’s been blindfolded, tied up, and carted off to the new alpha of the Oregon pack—Gavin MacKellen.

However, the blindfold doesn’t come off so soon as Gavin reveals he’s searching for a mate. But Alicia’s curiosity gets fired up when Gavin refuses to reveal his face to her. Just what happened to him? He talks to her from shadowy corners and behind closed doors. The man is as illusive as a squirrely fox. But Alicia doesn’t play games and the quiet spoken, hoarse voiced alpha doesn’t stand a chance against her. They settle on an agreement, thirty days for them to get to know each other because that’s the only way this cowboy alpha will have it.

Gavin MacKellen needs a mate. But he knows no good woman would ever want to look at his face after the incident he suffered. After one look at Alicia Clarkson all his plans fly out the window. The woman’s beauty has stunned him damn near speechless. She torments his thoughts and Gavin finds himself yearning to know everything about her. He admires her creativity and intelligence, the cool way she handles herself in stressful situations. Most of all, he aches deep in his chest to taste her lips. Those beautiful sweet lips, but in order to kiss her without showing her what a monster he was, he has to get creative.

A relationship forms and as love threatens to grow between them Gavin struggles to cope with his physical appearance in the face of the beautiful Alicia. Will she be the one to stand in the face of a monster and accept or will she turn her back on him as everyone else has?

Ok, so that’s a long ass blurb. LOL But actually the story is amazing. I wasn’t expecting what I got with this one; the chemistry between the MCs was incredible and the sex scenes were some of the HOTTEST I’ve ever read. T.A. Grey knows how to write a strong, complex alpha that’s not OTT. I fucking loved this. The sexual tension between the MCs, the feistiness of Alicia, the strong determination of Gavin and how they both came together… Phew!

This is second Beauty and the Beast trope I’ve read and I’ve liked them both. The whole issue around Gavin’s face was so intriguing and I liked that both characters made mistakes. It was a GREAT read. There is a great mystery happening in the story, plus the story of another couple – this is kinda distracting but is also enjoyable. If you’re looking for a good Beauty and the Beast story, this one is highly recommended by me! (A word of warning – there is no shifting in this book. These beings don’t shift, even though they are presented as a pack with an alpha etc.) 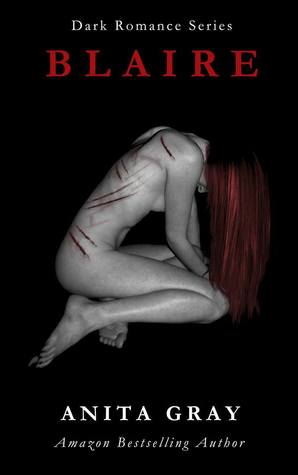 My name is Blaire. I’m head of security to a man who controls the Russian underworld in Europe. His name is Maksim and he’s my master. He bought me ten years ago and conditioned me with brutality to worship and protect him. And I have protected him. I’ve slain everyone who has tried to do him harm. Everyone but a man he loans me to; a man who threatens to break me and everything I believe in.

You’re going to need a strong stomach and a strong heart to follow my story, because take my word for it, it’s no fairy tale.

Blaire is a young woman who is conditioned to serve her master, a fierce Russian kingpin called Maksim who is well known in the criminal underworld. She is completely and totally conditioned to protect and serve him – her emotions and actions have been warped and manipulated so that all her thoughts and actions center around this job. She is fine with her life and happy with the familiarity of doing her job and whatever Maksim asks. However, all of that goes to hell when Charlie Decena turns up needing Maksim to use Blaire’s skills to do a job for him. He is the only man she has ever seen Maksim nervous around and from the first time she meets him, he confuses and bewilders her. He finds ways to keep seeing her, further engage her and find out more about her. Soon, a deal has been struck that forces her to spend even more time around him, and all of Blaire’s routines and procedures and walls begin to crumble.

This was a hellava read. I mean, it has all. the. feels. and then some. The unraveling of Blaire and the softening of Charlie was just delicious to witness. It was kinda slow burn but it needed to be because of Blaire’s emotional and mental conditioning. And I loved that. Charlie was an intriguing hero. In the beginning, every time he was on the page, I was alert and tense, waiting to see what he was gonna do (yeah, this played like a movie for me – not all books do this so flawlessly). I lost sleep cos of him. And although I deeply love my jealous, possessive, beat-their-chests heroes, it wouldn’t have worked in this case. This is not a normal captive/loan story. The heroine is not weak or delusional or childish in any shape or form. In short, she’s a bad-ass bitch in a lot of ways – but not in the ways Charlie forces her to engage with him. And all of that badassery doesn’t mean she’s still not a victim. She’s a complex character – not the normal type of heroine we tend to find in these type of control situations. So a caveman hero wouldn’t have worked. But what we did get was a man everyone feared, who has his own urges and needs, faced with trying to figure out this captivating, unusual woman. I loved this part of the story the most.

I loved the international flavor of this story – it made it seem more realistic and therefore even darker. The building of Blaire’s world and how it worked was interesting and the touches of different languages and London as a location was great.

Now, be warned, this is a dark read. There were moments of utter sweetness and then there was raw, unfiltered violence and abuse. All is not plain sailing for Blaire. There are mysteries to be solved, her master to contend with and her own conditioning to address. By the time it got to around 75% a whole load of shit happened that I was not prepared for, and I loved it. I had to stay up again to finish it. I won’t spoil the ending, but this is HIGHLY recommended if you like a dark read.

3 – Other great books read in August

The Social Media Series By JA Huss – A tweeter spends her time dirty tweeting a movie star… and then she meets him. Very hot, very sexy with a persistent, committed, alpha hero.

All I Need by Callie Harper – Yet another Beauty and the Beast story – a young woman is sent to take care of a house with an injured recluse – turns out this recluse is a hot, growly alpha. Another hot and sexy read. LOVED this one.

Dirty In Charge by Luke Steel – A CEO is insulted by his new secretary before she knows who he is… and he plans to make her pay. Great push and pull in this story.

Break Me by Julie Kriss – A GREAT step-brother romance. Bad-boy stepbrother comes back into town after being in prison and the heroine has to deal with him living with her dad after they shared a forbidden night when she was younger. This was a really sweet but hot story.

Last Hookup by Luke Steel – Guy hooks up with a girl he met in his hotel bar and has one HOT night with her… then she sneaks out in the morning, which he didn’t expect. He is hooked and desperate to find her.

Hope you find something you enjoy! Happy reading.