Meet My Omegaverse: Myth of Omega

In September, a fellow author suggested that I create my own Omegaverse story. I hadn’t ever thought of writing one before and I didn’t think I could really do it justice – but she encouraged me, saying that I could really play with the ideas and the ‘rules’ to create a world unique to me and the story I wanted to tell. As soon as I truly considered it, the ideas exploded!

I already had an idea for a dark Fantasy Romance that I hadn’t properly plotted out yet, and when I combined it with an Omegaverse concept, my muse went wild LOL. I couldn’t stop planning and plotting, and eventually, it took over! The result is a brand new dark romance series featuring an Alpha warrior and an Omega spy.

The story is a little unusual because it is based in an Epic Fantasy world and is an Omegaverse, which is usually set in modern or sci-fi settings. So maybe I haven’t done the whole Omegaverse idea justice after all LOL, but anyone who enjoys a dark romance and a fantastical story should enjoy this one 🙂

What is an Omegaverse?

An Omegaverse (also known as a knottingverse or A/B/O verses) is an alternate universe that was created by writers of fan fiction. In this universe, people have defined biological roles or ‘dynamics’; Alpha, Beta and Omega–each have different characteristics and physical attributes, but Alphas are always dominant and Omegas are always submissive. Most Omegaverse stories are M/M and focus on the relationship between Alpha males and Omega males, highlighting issues of dominance and control. Omega males can usually get pregnant (called male-pregnancy or m-preg), and this can spark many different types of relationships and interactions among characters. Each author’s Omegaverse will be slightly different and feature different elements of the known omegaverse tropes.

Myth of Omega (My Omegaverse)

My Omegaverse centers around Alpha males and Omega females (M/F), and typically focuses on the same issues of dominance and control.

Alphas: Alphas are usually always males and are large and muscular. They tend to be aggressive and dominant, eager to get their own way, although they each have their own personalities. They are most attracted to Omegas and cannot resist an Omega in her Haze (heat). When an Omega is in this state, her scent will cause the Alpha to go into a rut (a desperate urge to breed the Omega) and they’ll do anything to mate with the Omega. In my verse, Alphas can only knot Omegas. Knotting is when the base of the Alpha penis swells when they orgasm and locks them securely with the Omega’s vagina so sperm doesn’t escape. This increases the chances of pregnancy, which is the ultimate goal for most Alphas.

Betas: Betas are men and women who are typically like humans. In my verse, they can breed with both Alphas and Omegas but cannot knot or go into any of the breeding states that Alphas and Omegas can. They are the most populous dynamic of the Lands.

Omegas: Omegas are smaller and feminine. They tend to be submissive and caring, although they each have their own personalities. They are extremely affected by Alpha pheromones and are attracted to their dominance. In my verse, Omegas are usually always females and go into a Haze (heat), which changes their physiology and makes them delirious with urge to mate and breed. Most Alphas will feel the need to protect an Omega in her Haze, although some will take advantage.

Features of my series

The Myth of Omega series isn’t for everyone. If you like dark romance and enjoy fantasy settings with magic and kingdoms, you’ll probably enjoy this series. It includes:

You have been warned! So without further ado…

I’m introducing the first book of the Myth of Omega series:

He conquered an Empire and now… she’s next. 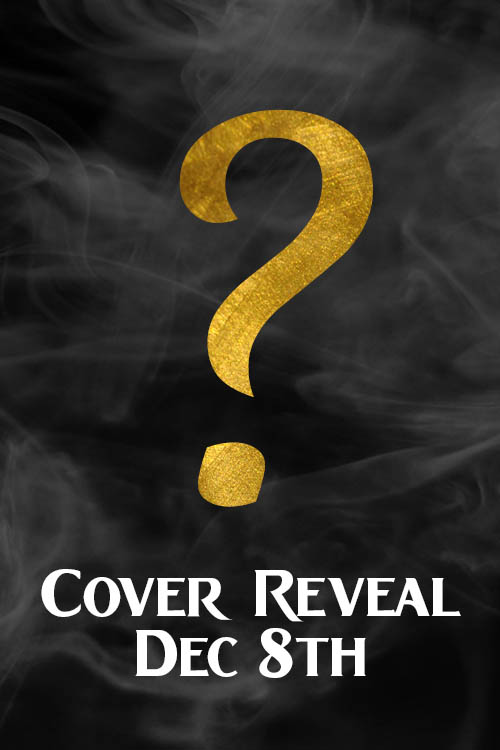 The Alpha Emperor
He is known as a ruthless barbarian by many. They are not wrong. His savagery has made him Emperor and now it will secure him his mate.

The Omega Spy
She was prepared for his arrogance and wild nature, but not for his perceptive intelligence or the effect he would have on her.
Knowing her life would be over if Emperor Drocco ever discovered she was an Omega, Cailyn plans to conclude her mission as a historian as soon as possible.

You can also add this book to your Goodreads TBR shelf!