Own To Obsess is finally here! [Excerpt]

Own To Obsess has LANDED! Yaaaay! 😀

After the dreaded cliffhanger, Kardos and Shaya are forced to deal with the consequences of their actions. This installment takes us to the Southern Lands where we learn about their culture and traditions, and get a bit more insight into Kardos and an understanding of his world through his eyes. I have to say, I absolutely love these two! Shaya is probably the most patient and resilient heroine I’ve written and I’m so glad I have one more book with her. (And of course, that blockhead Kardos is so much fun to write too! lol) I just can’t wait for their HEA. 😀

Own To Obsess is the second book in their dark, fantasy romance trilogy and is for all who love possessive, dominant anti-heroes and sweet but savvy heroines.

Of course, a little excerpt for you.

They remained in that position until her sobs petered out and then she wriggled, inching herself from underneath him. Kardos watched in amazement as she reached for a pillow and annoyance bounded through him. Growling, he grabbed her around the waist and yanked her back underneath him. Shaya hissed at him harshly, tears making her hard eyes glisten.

Kardos was so surprised, he let her wriggle away again, and as she grabbed the pillow to hide her head under, her back to him, he caught a whiff of that sweet aroma of her arousal. Kardos didn’t even need to think or analyze, her behavior and scent told something deep within him what she needed. Grabbing her hips, he slammed inside her.

She released a guttural breath as her body jolted and groaned into the pillow. He pulled right out and slammed in again, the smack of his hips against her ass hard and loud. Shaya pushed her ass back toward him as he pulled all the way out again and groaned loudly when he drove in again.

He continued to fuck her slow and hard with long strokes until she was crying out and calling his name.

“What?” Kardos growled, slamming in again, relishing the squeeze only she could give him.

“Please,” she gasped, grabbing his hand on her hip.

“I want to…” she swallowed as her body jolted again. “Fly.”

“You will fly when I say you can, little bird,” Kardos said through gritted teeth. “When you stop this disobedience.”

Shaya whimpered, her sobs returning as she shook her head in disagreement. But this time Kardos knew those tears were necessary. Those tears were the sign of her realization that she needed her Alpha, and that he was in control of her soothing in any way he saw fit.

So she sobbed as he battered her body with slow, halting, wet slams that kept her on the brink of her flight.

Finally she pushed the fucking pillow away, howling in frustration and Kardos rumbled smugly. He yanked her back underneath him, this time face down and fucked her hard and fast as her slick spurted out onto his balls. She took flight immediately, screaming as her whole body and that beautiful pussy tensed and convulsed. He rammed her, keeping her orgasm going until she was mumbling and clawing the bed.

Flipping her over, dove into her once more and knotted her as he came, powerful waves of the most intense ecstasy cresting over him as his seed shot inside her.

Kardos maneuvered her so he completely covered her body again, pressing her down into the bed with her legs around his waist.

Shaya wound her arms around his neck and he couldn’t help but rumble in satisfaction. He loved when she did that. 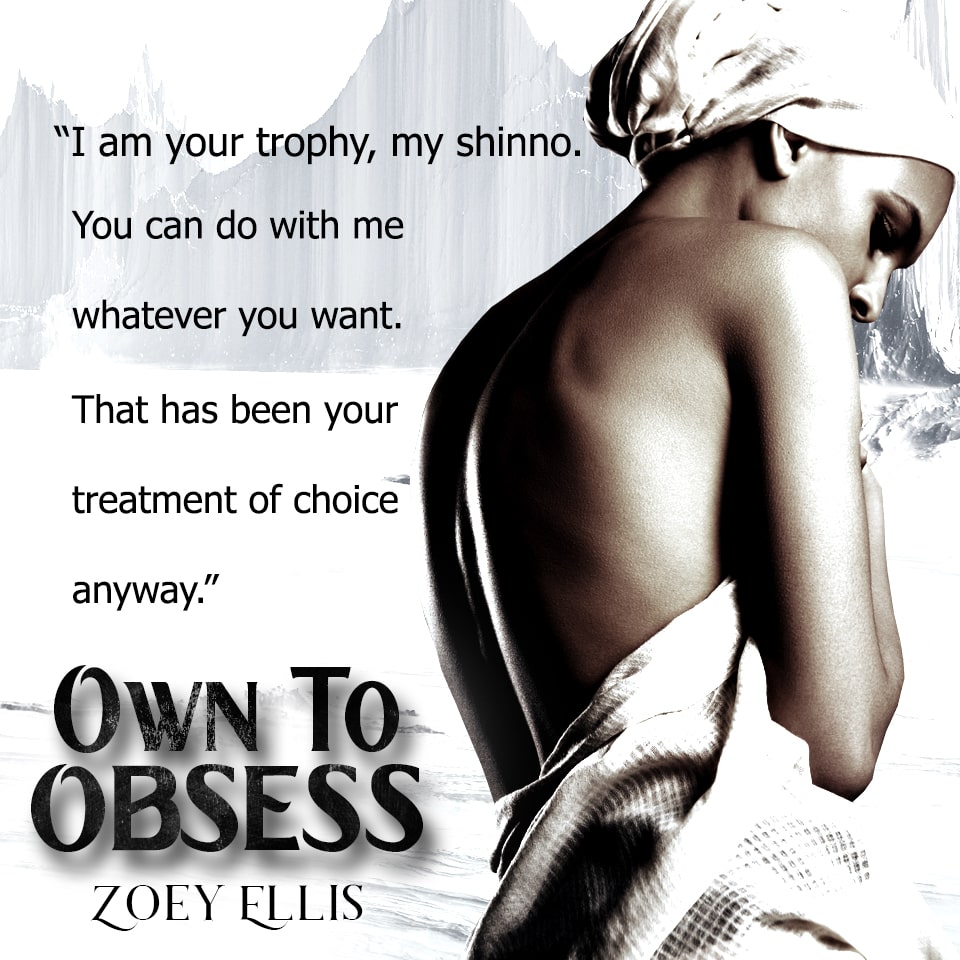 Own To Obsess is already LIVE so pick up your copy! 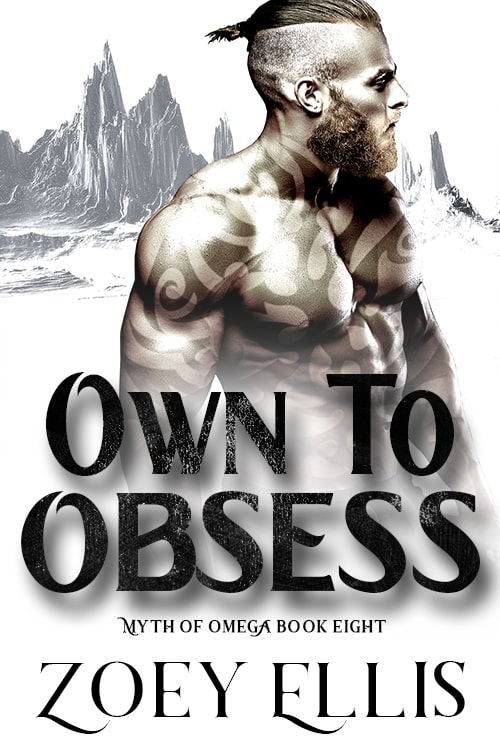 So guess what? We are fast approaching the end of this whole series! I can’t believe this is the eighth book. There’s only one more and it’s done! Once this series is finished there are a few more surprises coming, and of course, I’m itching to start a brand new series that I’m hoping to release later this year.

Makes sure you’re on my Dark Halos readers list for all the info!

The final in this trilogy and the whole series is Own To Obtain. I reckon the model is very Kardos-like, don’t you think? I’m looking forward to having the whole trilogy together in my hands! 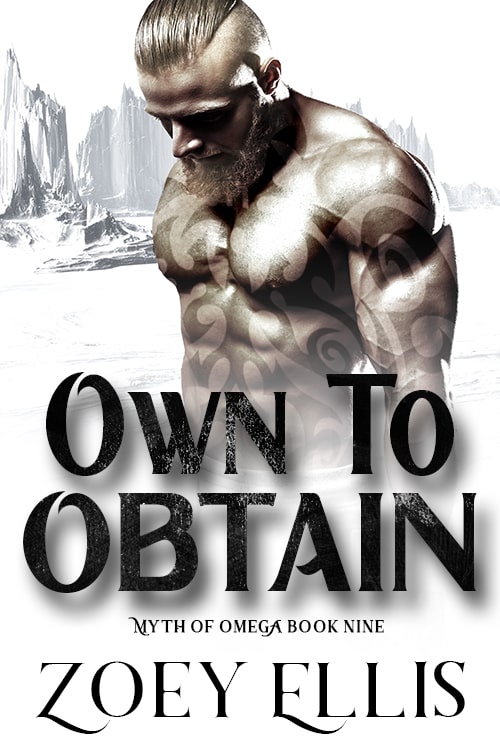 Own To Obtain releases on July 19th, make sure you pre-order! 😀