Awakened By Power is LIVE!

Awakened By Power is now live!

After a long two months pre-order, the next book in the Empire of Angels series releases today, YAY! It’s the final book of Cam and Thea’s story, and I know I’m gonna miss writing them. For my round up of this mini series, read The End of the Power Mini-Series. Today I’m including a sneak peek in this post for anyone STILL not convinced to continue or try the story! This series started as an experimental angel version of werewolf shifter type stories but then transformed, quite quickly, into something of its own. This third book confrints the mysteries of the series and concludes the story of angel mates Thea and Cam. You should only read if you’ve read the first book – Claimed By Power. 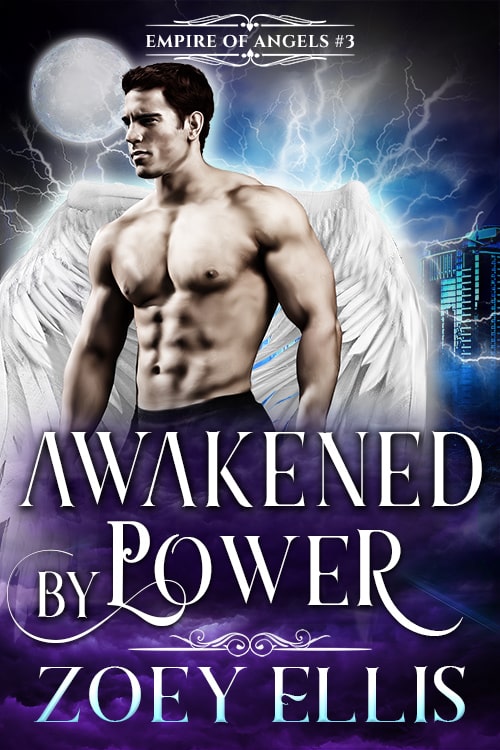 When love causes such damage, can it survive?

Thea is destroyed. Cam's actions cut her deeper than she thought possible and makes her question everything.

When she is sucked into a trap that could threaten her very soul, Cam has one final chance to show Thea the depths of his love for her.

He embraces it with a fierce determination that he will not fail, even if it means returning to brutality.

He knelt on the floor in front of her but she shrunk back in the chair, clearly uncomfortable.

“I’ve asked you to forgive me before, Thea,” Cam said softly.

She stilled as soon as he spoke, looking down at her hands clasped in her lap.

“And I’m asking you one more time to consider forgiving me. I never meant to hurt you—it was never my intention—and I’m sorry for all the pain I’ve caused you.” He watched her closely, but she didn’t relax. She was truly fucking scared of him. A desperation rose within him so fiercely he had to swallow the growl he wanted to release. He had been wrong—it wasn’t just about trust, it was about something much more than that. “I know you’re scared of me,” he said, trying to keep his voice clear of frustration. “I can feel it. I don’t know if you’ll ever be comfortable around me again, but I will be here for you whenever you need me during this assignment, okay?”

“I’ve missed you so much, Thea,” he said, his voice hoarse with gloom. Her behavior toward him was like a knife in his chest and there wasn’t anything he could do about it. “I’m so sorry you had to be alone all this time.”

He raised a hand and slowly placed it on her knee. She lifted her gaze to his hand, and then to his face. Gazing up at her, he could see the lines of stress and fatigue etched on her face. Tiredness and worry were clear in her eyes, and something else… something he couldn’t place… possibly something he had put there.

He scooted closer. She stiffened, but he kept going until he was leaning against her legs. He placed his head in her lap and stroked the back of her calf.

“I love you, Thea,” he whispered. “I will always love you, even if you don’t love me. Remember? I am yours.”

They stayed in that position for a long moment, and then he felt her relax underneath him. Soon the faint brush of her palm stroked his forehead and her fingers gently played with his hair. “I’m yours too,” she whispered.

He smiled into her lap and sighed, a deep satisfaction blooming within him as he breathed in the scent of her and the feel of her. He ignored his hardening cock and resisted the urge to run his hand up her thigh and slip it between her legs.

He focused on her hands touching him, her legs under his cheek. He thought he would never feel her again. He couldn’t deny that he was desperate. Desperate to regain her confidence in him, desperate to protect her for the rest of her life, and desperate to mate with her. With the Thrones’ threat hanging over him, only one of those was possible. You can pick up your copy now from Amazon!