The Beholden Duet is complete! [Excerpt]

My Omegaverse Romance duet, Beholden, is finally complete with the release of A Tainted Claim this week.

This book concludes Ana and Maddoc’s story but also sets up another couple in this world (you know I couldn’t resist lol), so I’ll most likely be returning to delve into and explore more of the characters and this world.

I had a lot of fun writing this and I enjoyed the organic way this story came together. Thank you to everyone who supported and inspired! For more info about this story check out Introducing the Beholden Duet. 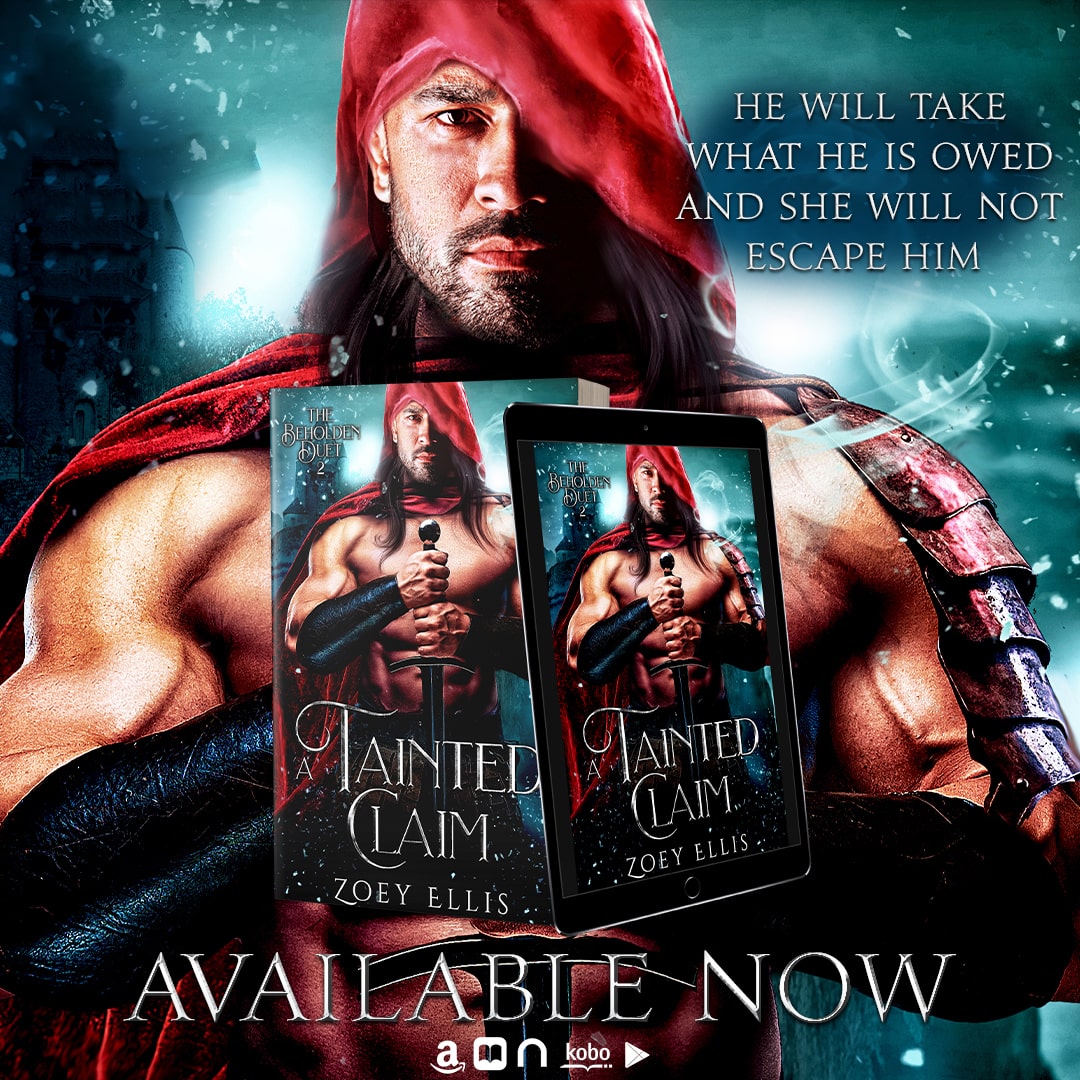 He didn’t answer, his breathing steady and heavy as he trudged through the trees.
But the image of her father bleeding on the ground burned into Ana’s mind, fanning the flames of her panic and fear for his life. Using every ounce of energy she could, she fought against his hold, kicking, screaming, punching, twisting, and straining against every part of the Alpha that touched her. She couldn’t leave her father like that. She just couldn’t. He was most certainly dying and she wouldn’t keep quiet or be a good little Omega when her father, who tried to save her from this man, lay bleeding to death in the gardens where her wedding was to take place.

Fresh tears filled her eyes and the more she thought of her father, the man she’d always looked up to, the man who raised her, the more the dread overwhelmed her. She would never see him again. The sobs came so deeply that she could barely breathe, but she still fought, struggling to be released from the bastard who had started all of this, intending to ruin her, and now he had killed her father. She fought him with everything she had, until she was so hysterical that he was unable to hold her.

He abruptly halted, allowing her to slip from his arms, but holding onto her upper arms with both hands. “You’d better fucking behave, Analisa!”

“No!” She wrenched herself from him so hard, pain ricocheted up her arms. “I want to see my father. He is bleeding to death back there!”

“He knew the risks coming here today.” The anger in his bellowing tone roared through her. “He shouldn’t have taken you from my arms after I had already obtained you. It is the height of his dishonor to try and take what has already been claimed by someone else—”

“I don’t give a fuck about your honor!” Ana screamed, her throat burning with each word released. “You said you wouldn’t kill him.”

“What did you expect, Ana?” The growling agitation in his tone made his words even more threatening. “What did you think would happen when you disobeyed me?” The darkness in his eyes reached a ferocity that made her shiver. “I told you no one should touch you, or everyone you care about would die. And instead of abiding by that rule, you ran away to get fucking married!” He stepped forward and grabbed her neck, roughly yanking her toward him, the acrid scent of his fury stifling her. “And you let him touch you.”

“He is nothing,” the Alpha roared. “He has no right to touch what is mine!” He stepped forward, forcing her to step back. “What exactly did you do with him in his mansion?”

Ana is determined to put her nights with Maddoc behind her, but one thing becomes clear.

Infuriated by Ana’s disobedience, Maddoc uses all his resources to reassert his claim, no matter what violent destruction it causes. But Ana is no longer the Omega she once was.

And as she launches a rebellion of her own, she begins to wield her true power.

Not as a princess or a prize, but as an Omega to an Alpha.

Remember if you haven’t yet read the first book, you can get your copy now.

I hope you enjoy the full story! For more Omegaverse, check out my Myth of Omega world